Your Philadelphia Area Kitchen Remodeler Should be your Kitchen Designer 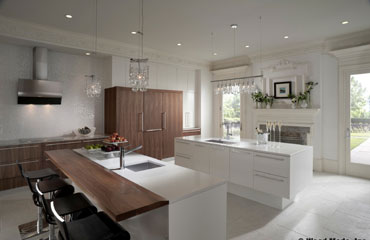 As a kitchen remodeler and kitchen designer for the last 12 years in the Philadelphia area, I believe it is best to hire one company to do the remodeling and the construction of your kitchen. Why? Let me tell you the ways.

First, let me be clear on what I define as a kitchen remodeler, kitchen designer, kitchen contractor. A Kitchen remodeling company is one that does both the design and the actual remodel. This could be a design build firm where the designer and the contractor work for the same company or it could be a kitchen design firm that hires its own outside contractor. Usually the design firm will only use a few carefully selected contracting firms. This is what Teknika Kitchens and Baths does. We have three firms that we choose from when our clients want us to do and oversee the construction. We know how these firms work and it is in their best interest to make sure that our clients are ecstatic with their work. If a kitchen design firm will only do your kitchen design, you will need to find and hire your own contractor. A kitchen contractor is the one who does the actual remodeling work in your home. They take the kitchen plans and execute the designer’s vision.

I like the team kitchen remodeler / designer model the best for 5 reasons.

To talk about further about the advantages of combining your Philadelphia area kitchen designer and kitchen remodeling company please contact Teknika Kitchens and Baths.

© 2020 All rights reserved. Designed by Quantum-Think.